Humanity hangs by a thread 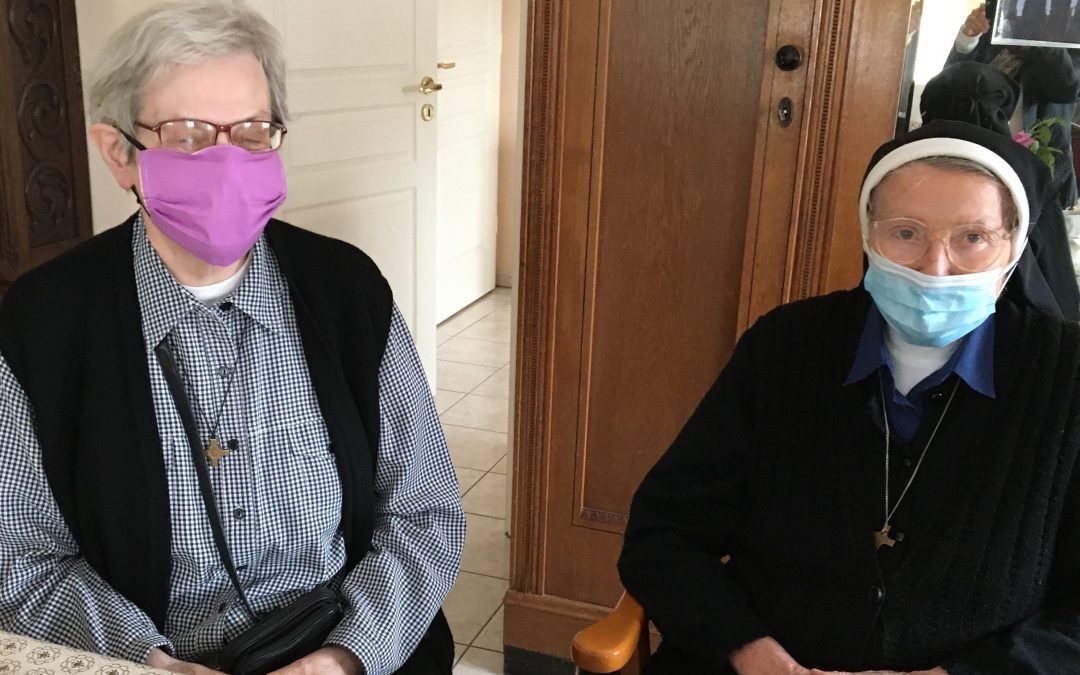 Humanity hangs by a thread… clinging to God's hand

I am in Spain, in our community in Urda, at the Shrine of Christ, one of the spiritual meccas of pilgrimage, located in the region of Castilla la Mancha, province of Toledo.

A few months after my arrival in this place, it was the beginning of the pandemic, a crisis that would affect the entire planet. I am not telling you anything, saying that this unprecedented crisis has affected all humanity and at all levels: economic, social, political and even spiritual, bringing with it a lot of misfortunes. When we go through a crisis, we either come out grown up or we come out worse than before, diminished "At the end of this pandemic that we hope for soon, will we come out grown, diminished?What awareness?

I must confess that in the face of the scale of the epidemic, I have come to wonder: "My God, why all this misfortune, why this pandemic, why no one saw anything coming, why why…? And I imagine a lot of people have asked themselves the same questions.My thoughts go mainly to families who have lost one or more loved ones, it is painful, those who have lost their jobs and are now unemployed, live in precarious conditions, not knowing what the next day will be.

To deal with the epidemic, several barrier measures have been put in place, including safety distance and social distance. However, it seems important to me to distinguish between the two terms, which are misunderstood, can be confusing and cause more harm than good.

During containment, social distancing was imposed to curb the spread of the virus. Everyone was invited to stay at home, going out only for emergencies and in case of extreme need. And according to scientists, this measure broke several chains of contamination. Then, after the confinement, when we were able to find ourselves again, whether in places of worship, or in public places, it was now no longer a question of social distance, but of a safe distance. Many have had and still have difficulty making this difference, staying at home, terrorized by the fear of meeting the other, of being in contact with his peers again, even to frequent public places, as they consider the other as a danger, a potential carrier of viruses, from which one must flee like fire. Of course, barrier measures remain in force, the wearing of the mandatory mask, frequent hand washing, coughing in the elbow, this makes us understand that each is responsible not only for his health, his way of life, but also for the health of the other, since not only must we protect ourselves, but also protect the other by adopting gestures barriers , and respecting safety distances for the good of all.

The encounter that helps to become more human,

On the one hand, we felt how important human relations are. Being away from one's own, deprived of going to see them, was only a courtesy visit, staying locked up at home without being able to go out or go where we would like to go, made many rediscover the sense of brotherhood, the value and place of the other in our lives. We are sociable beings, made to live in society. Man needs others to know himself, to build his life, to acquire his identity.

The Maggie of the little things!

On the other hand, this crisis has provoked a wave of solidarity, a return to God, invited everyone to ask themselves, to reflect and finally rediscover that the essential is not in the frantic races towards happiness, but it is to know how to stop to taste the little things of life, to savor the happiness that is at our fingertips in our daily life , a flower, a child's smile, a job well done… it is indeed a question of rediscovering "the maggie of the little things"

Building a better world together

During the confinement, a sister wrote to me; "We are confined to the heart of Jesus, without masks"Beautiful expresion is not it? This is not the safe place, where during this period of crisis, and not only in times of crisis, but during our lives, we are invited to confine ourselves to this Heart that loves humanity so much and has given itself up for it… to draw strength from it, the necessary love as the engine of our lives?

In our daily Eucharistic worship, at the heart of our lives, we carry to Jesus this fragile humanity, which suffers and whose only refuge is with Jesus, for ultimately, humanity, our life, hangs by a thread, and this thread is held by the hand of God.

Finally, like it or not, life will not be the way it used to be, how will it be? It is up to everyone to invent, to build day after day a more fraternal, more sociable world, full of humanity, to the extent of the lack he would have experienced during this pandemic crisis. And it is only together that we can build this better world that we all dream of. Long-term work isn't it?